I have created a JavaME (J2ME) client API to use Google Translate
in a mobile phone.

This project provides a simple API to use Google Translate in JavaME (J2ME) platform.
It uses the Google AJAX Language API to do the translation via a HTTP connection.

The project is open source and under GPL v2 license. 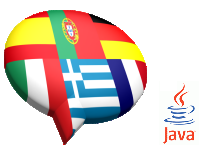 I was blaming Google maps alot for not mapping the roads correctly in Sri Lanka. Only 'A' category roads was mapped previously and that mapping was horrible. A very interesting part was that A3 road was running over our home. 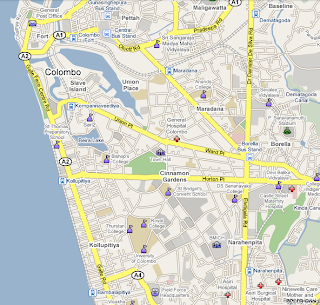 The important part is the Google even has mapped and named the minor roads in Colombo. Almost all the roads are mapped it seems, even roads length around 100m (the roads in Galle Road to sea side).

Most popular landmarks like schools, hospitals, parks, shopping malls, bus stands, company buildings and etc are also marked correctly in Colombo and in some parts of the country.


The only lacking part is that getting directions from Google Maps, which is still not available. Hope google will add it too. Then it'll be a great news for all the GPS enabled mobile phone users (including me) to get directions. And it will be a bad news for Dialog's SatNav Digital Navigator which costs around Rs. 110, 000/- (excluding taxes).